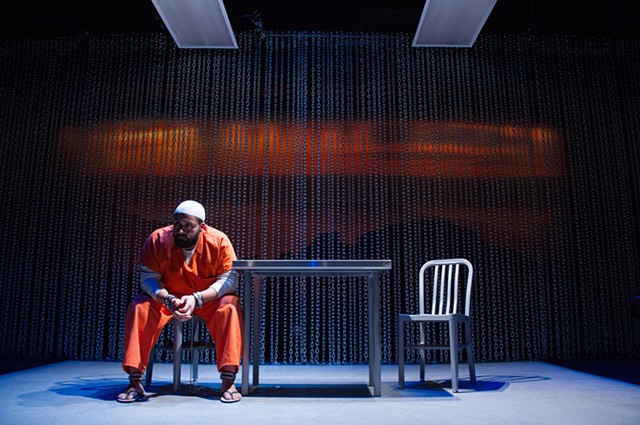 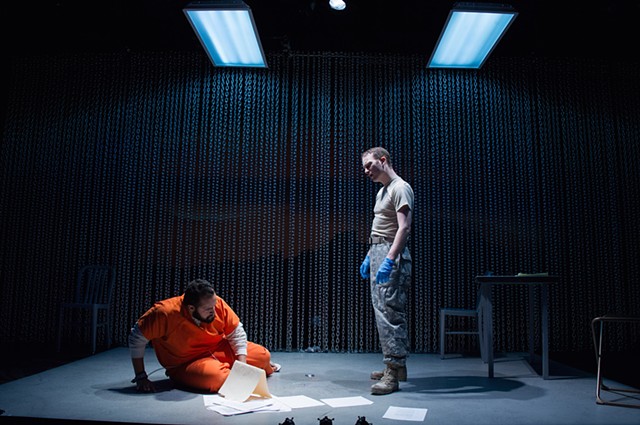 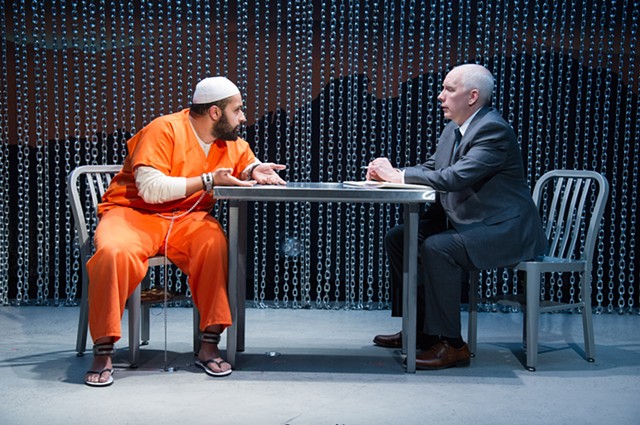 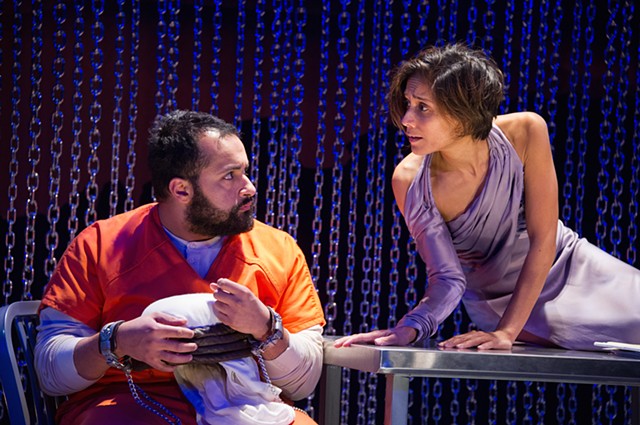 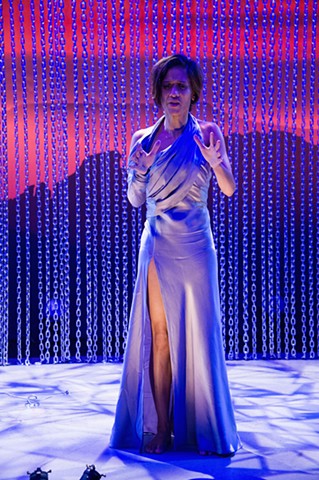 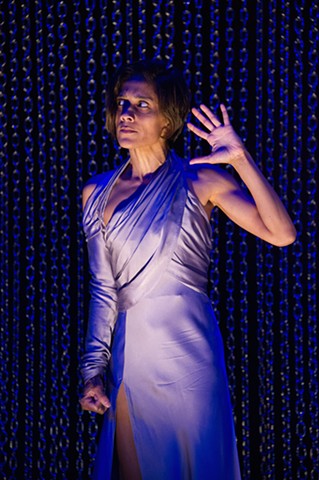 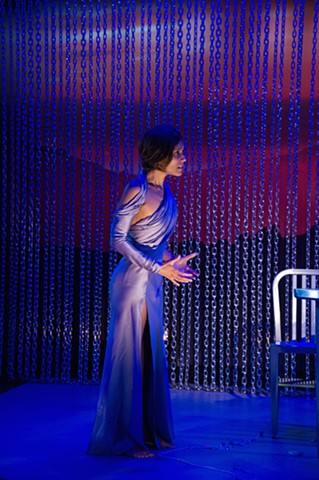 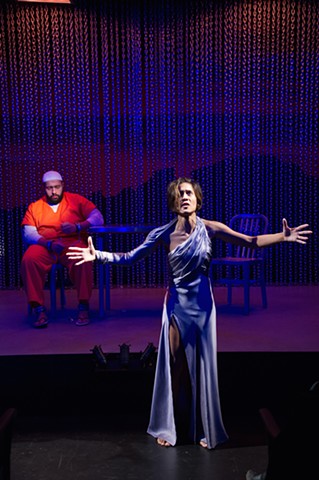 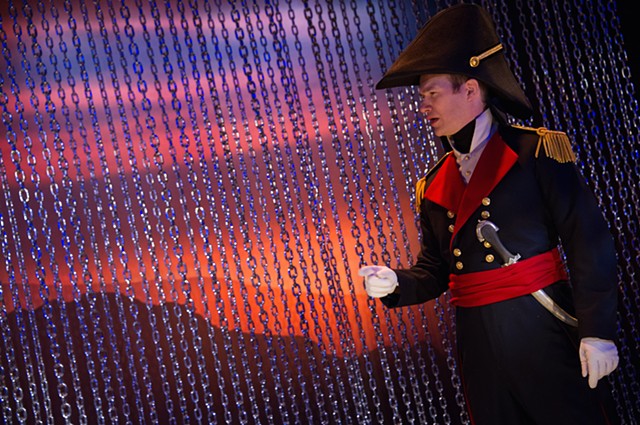 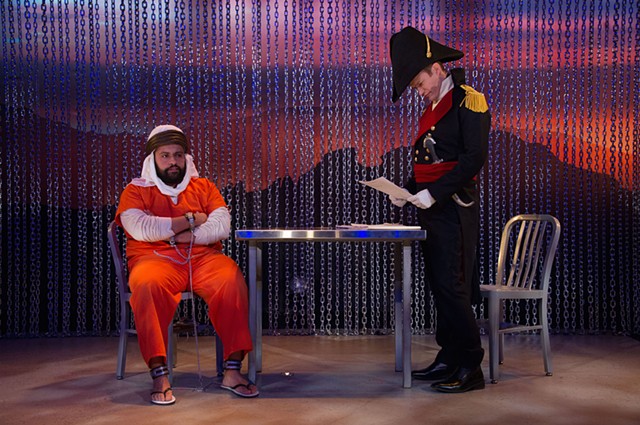 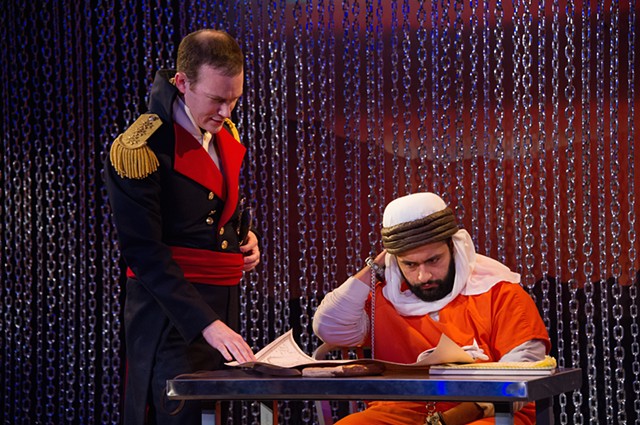 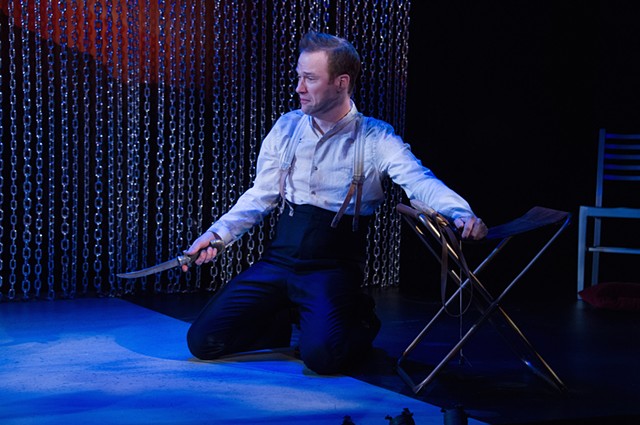 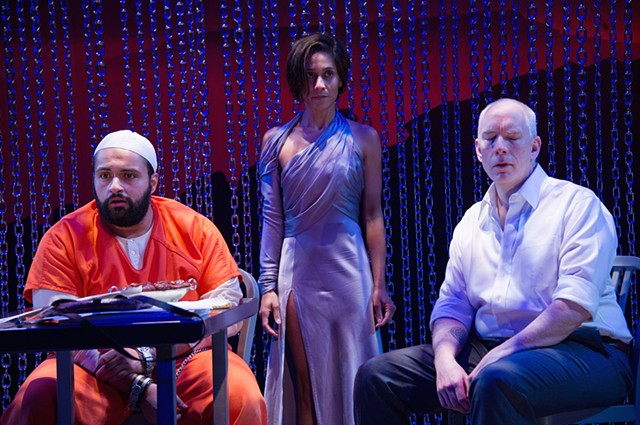 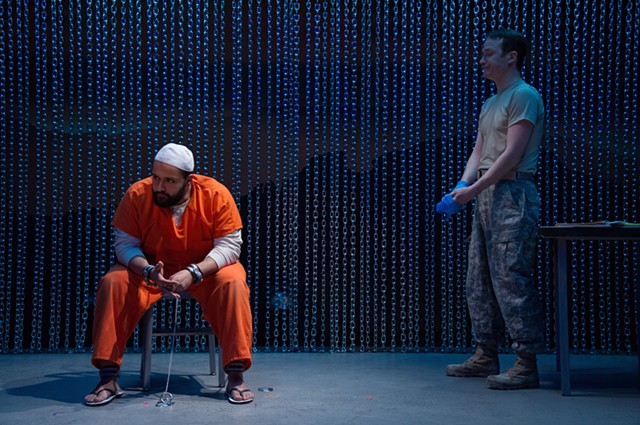 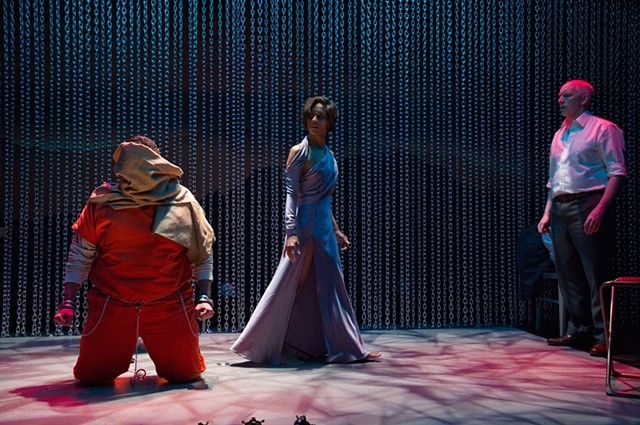 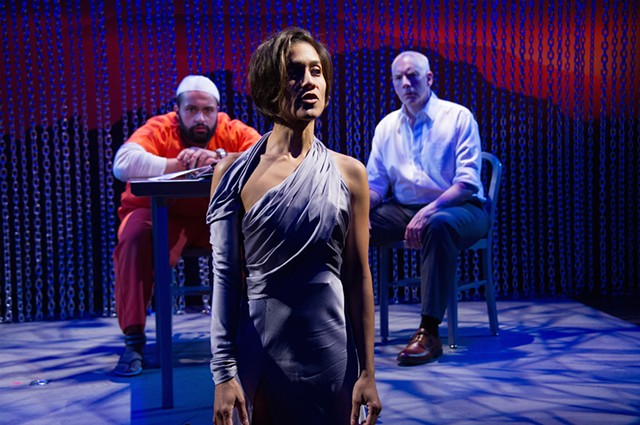 Synopsis from Signature Theatre Website- "For the last 12 years, or 4,380 days, Malik Djamal Ahmad Essaid has been held without charge by the United States government at the Guantanamo Bay Detention Center. As he languishes in his cell, his interactions with those on the outside are juxtaposed with historical events in a riveting exposé into the most dangerous prison of all—fear."